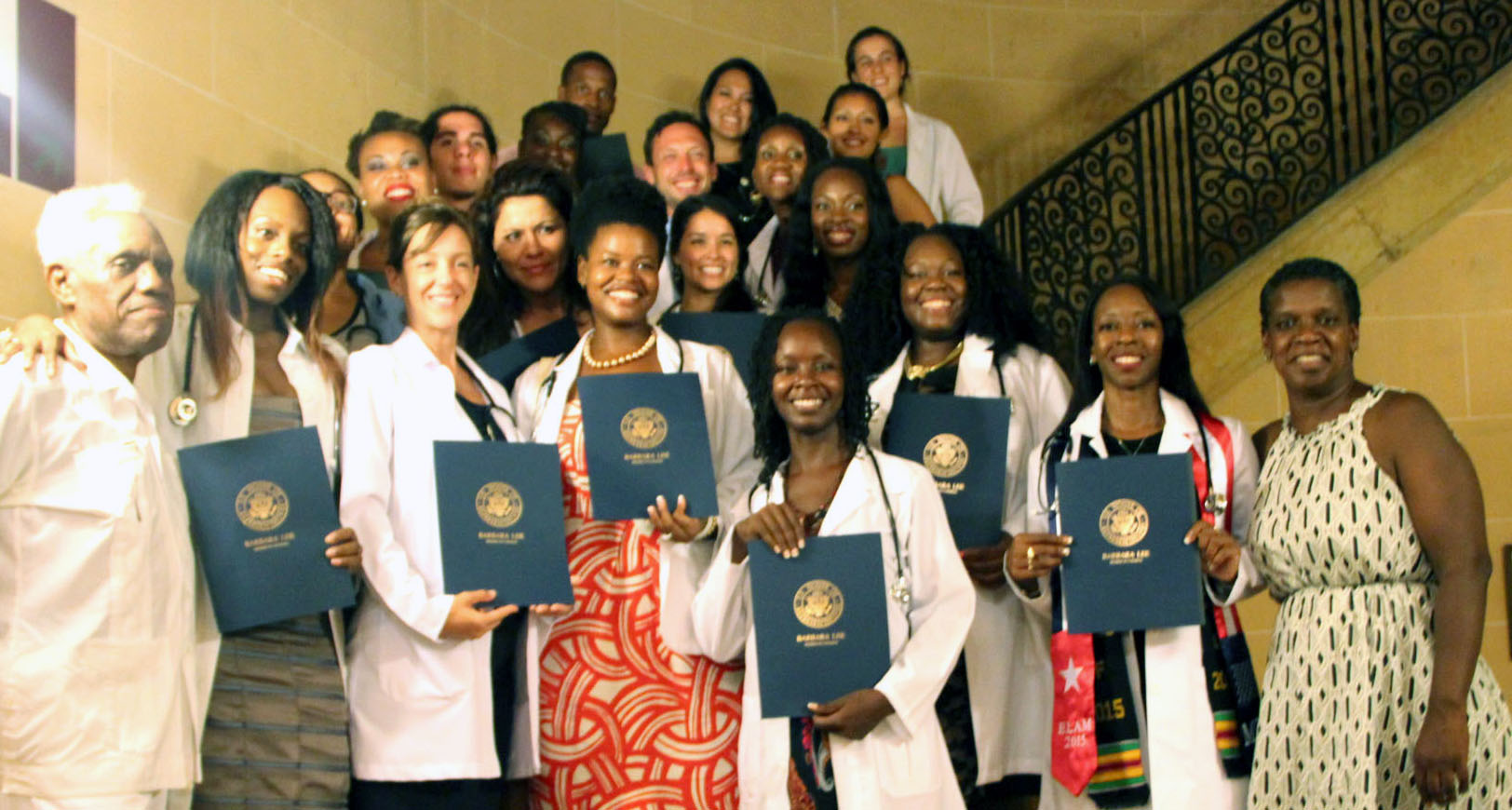 Watch Dare to Dream — for free!

Story of the Latin American School of Medicine

In 1998, when Hurricane Mitch devastated Nicaragua and Honduras, and Hurricane Georges lashed out at Haiti and the Dominican Republic, the Cuban government responded with a unique and generous offer. They immediately sent 2000 medical personnel to help out in the affected countries. But Cuba contributed much more than just short-term emergency relief. They pointed out that “the permanent hurricane of poverty and underdevelopment kills more people every year than these hurricanes just did…”  And Cuba presented a comprehensive plan to create long-term health-care solutions for the nations of Central America and the Caribbean which are chronically poor. The idea behind the Cuban health care plan is to save as many lives every year as were lost in the hurricanes.

In 1988, the infant mortality rate in Nicaragua — before Hurricane Mitch — was 10 times as high as in Cuba; in Haiti it was nearly 20 times as high.  And what was causing these high rates of infant death? Babies in the poorest regions die from very simple causes: dehydration, malnutrition, diarrhea, contagious diseases: problems that could be cured with a few pills, a little food or liquid, a simple vaccine. And, as Cuban President Fidel Castro said, it really wouldn’t be so difficult to save those babies’ lives. All that would be required, he said, is the medicines, and the medical personnel to administer them, and the political will to want to help.

Cuba has a highly sophisticated and world-renowned health care system and a surplus of well-trained physicians. And Cuba made a commitment to start training young people from Nicaragua, Honduras, the Dominican Republic, and Haiti to be doctors — in order to create a health-care infrastructure to serve future generations in these impoverished nations.

This is how the Latin American Medical School was founded:  Cuba offered 500 full scholarships per year, for the next ten years, to students from the four nations affected by Hurricanes Mitch and Georges.  In this way, Cuba would be training 5000 new doctors — young people who would not otherwise have had access to medical education — to serve in communities that had never had access to quality medical care. The only condition attached to the scholarship was that the students had to make a commitment to return to their home countries, where they would provide medical service in the communities where they were most needed — the poorest, the hardest-hit, the most remote communities of their home countries. The campus of a former naval academy on Cuba’s north coast, just west of Havana, was quickly refurbished for this purpose, and the Latin American School of Medicine opened officially in March 1999.

The program was tremendously successful from the time it started. Other nations heard about the program and inquired about sending their own students. The program quickly grew to include students from 30 nations of Africa and the Americas, and now includes students from 124 countries.

The Cuban Ministry of Public Health has been able to accommodate the growth because of the large number of trained physicians and professors in Cuba, and because of their unwavering commitment to the program.

Why are students from the United States studying medicine in Cuba?

The Interreligious Foundation for Community Organization (IFCO) has been working since 1991 on a variety of projects to bring about reconciliation and normalized relations between the United States and Cuba and to challenge the immoral US economic blockade of Cuba. [See below for more information about IFCO’s work.]  Since 1999, IFCO has been working with the Congressional Black Caucus (CBC), organizing Congressional delegations to visit Cuba.*  It was during one of these delegations in May 2000 that Cuban medical school scholarships were first offered to US students. On the last night of their visit, the CBC delegation had an opportunity to meet with Cuban President Castro. In that meeting, a Congressman from the Mississippi Delta commended Cuba “for all that you have done to provide health care for the poorest people of the world.”  He had visited the Latin American Medical School, and had seen Cuba’s exemplary health care system.  He had heard about the services offered free of charge by Cuban doctors in Latin America and Africa. He had heard about Cuba’s free treatment of more than 16,000 young victims of the Chernobyl nuclear disaster in Ukraine.  He had been to Africa and visited a brand-new hospital in the Gambia — which turned out to have been built and staffed entirely by Cubans.  He went on to talk about the critical shortage of health care services in his own home district in Mississippi.

President Castro responded in detail to the Congressman’s words. He indicated that he was aware of the living conditions and the lack of health care services in Mississippi, and in other so-called ‘third-world’ regions of our ‘first-world’ nation. And he extended an invitation for young people from Mississippi to study at the Latin American School of Medicine.

Later in June 2000, the Cuban Minister of Public Health visited Washington, DC for a meeting of the Pan American Health Organization.  In a meeting with the Congressional Black Caucus, he expanded the invitation, offering not just to the Mississippi Delta but to all the districts represented by the Congressional Black Caucus the opportunity to nominate students to the Latin American Medical School.

Then, in September 2000, President Castro visited New York City to participate in the Millennium Summit of the United Nations. In his historic speech at the Riverside Church, he once again expanded the medical school scholarship offer — to qualified students from all regions of the United States, from low-income communities and communities of color, who would not otherwise have access to medical education.  He noted that a medical education in the US can cost more than $200,000, and he said that Cuba was interested in providing medical training to qualified students who are committed to working in medically under-served communities in the US, but would not be able to do so if they graduated with hundreds of thousands of dollars of debt.

IFCO — because of its excellent working relations with many sectors in Cuba, and with the Congressional Black Caucus, and because of its history of more than 50 years of creative community organizing for social, racial, and economic justice in communities across the US — was in a unique position to assume responsibility for administering the scholarship program for US students.

The first US students entered the program in the spring of 2001.  By the spring of 2010, 122 US students from 29 states plus Puerto Rico and Washington, DC are enrolled, and 33 US students have already graduated with MD degrees. New students are admitted to enter the Latin American School of Medicine in August. Please visit the Medical School’s Frequently Asked Questions page to learn about the admissions requirements.